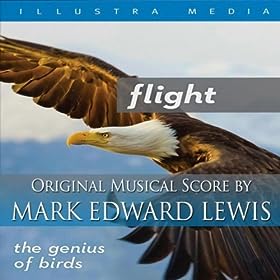 The original soundtrack to the critically acclaimed documentary, “Flight: the Genius of Birds” by award winning filmmakers Lad Allen and Jerry Harned is now available at the Amazon.com and on the iTunes store!

After over a year of production, this movie reveals the secrets that most don’t know about the nature of our avian neighbors including never before seen footage of Hummingbirds, the Arctic Tern, Starling murmurations and more.

Mark Edward Lewis score incorporates his usual mastery of orchestral and dub-step themes, but in this case melded into a moving underscore for the nature of the film.

You can purchase the Flight soundtrack by going to Amazon.com or iTunes by searching for “Mark Edward Lewis”

Be sure to download the rest of the scores and albums that Mark has available by clicking here!

You can purchase the DVD and/or Blu Ray by clicking here!